If your recovery from Lyme disease has been fraught with many twists and turns despite multiple trips to doctors, numerous treatments, and your best efforts — well, that sounds like a fairly common journey with chronic Lyme, unfortunately. But there are always new avenues to explore for finding relief, including a lesser-known condition you might not yet have heard of: Chronic Inflammatory Response Syndrome (CIRS).

Named by Dr. Richie Shoemaker, MD, a researcher and retired family physician from Pocomoke City, MD, CIRS is a biotoxin illness — meaning, an illness caused by chemical toxins released by certain living organisms — and it may play a critical role in why some patients remain ill despite months or years of treatment for Lyme disease. But because the symptoms associated with CIRS overlap with many other health conditions, including tick-borne diseases, it makes identifying the illness challenging for healthcare providers and adds to the problems that most patients already face when trying to obtain an accurate diagnosis.

Learn more about CIRS below, including its history, symptoms, testing, and treatment, to determine if this condition might be impeding your recovery and what to do about it.

The History of CIRS

The majority of our understanding of CIRS comes to the medical community by way of Dr. Shoemaker. He began his foray into the world of biotoxin illness in 1997 near an unincorporated community in Shelltown, MD. There, he linked a group of acutely ill individuals to water contaminated with a toxin from Pfiesteria, a dinoflagellate or single-cell aquatic organism.

The affected individuals exhibited symptoms like headaches, memory loss, digestive disturbances, and skin lesions, according to a case report in the Maryland Medical Journal. The toxins produced by the dinoflagellate had been responsible for killing billions of fish in North Carolina’s estuaries, but whether or not it had contributed to illness in humans had largely remained controversial prior to Dr. Shoemaker’s critical findings.

Through his practice-based studies, a clinical picture of illness emerged with the affected patients having a reduced capacity to clear biotoxins from their bodies, a heightened inflammatory response, and multi-systemic involvement. Dr. Shoemaker named the constellation of symptoms Chronic Inflammatory Response Syndrome. Through the years, he discovered other biotoxin illness in people who have had exposure to the following:

Of the above, mold is the most well-known biotoxin in the Lyme community, but CIRS isn’t usually caused by one event alone. Like many complex health conditions, there may be several components that overwhelm the body, such as multiple biotoxin exposures, untreated infections, environmental toxins, and genetic variants.

“Approximately, 25% of Americans carry a gene called HLA-DR (human leukocyte antigen) that makes it more difficult for them to excrete the toxic metabolites produced by a variety of different molds or other biotoxins,” says Dr. Bill Rawls, MD, Medical Director of RawlsMD and Vital Plan. Furthermore, the population of people with the genetic variant is more likely to develop CIRS because their bodies are unable to recognize toxins as a foreign invader, so they don’t produce the antibodies needed to remove these toxic substances.

The Primary Symptoms of CIRS

The symptoms of CIRS exist on a spectrum. Some individuals experience mild illness, while others are debilitated — which is more likely when Lyme disease or coinfections are added to the mix.

CIRS can affect several systems of the body, including neuroimmune, vascular, and endocrine systems. The syndrome may mimic or overlap with other conditions, such as Lyme disease, ME/CFS (myalgic encephalomyelitis/chronic fatigue syndrome), ulcerative colitis, fibromyalgia, and multiple sclerosis.

There are dozens of symptoms associated with CIRS, many of which will likely sound familiar to you. The most common ones include:

How to Test for CIRS

Because the symptoms of CIRS are similar to those of other illnesses, your doctor will need to gather a detailed history of your potential exposure to biotoxins and perform a physical exam, as well as order tests to evaluate biomarkers that correlate with biotoxin illness. Potential tests include:

While this is an expansive (and overwhelming) list of tests, it may not be necessary to do all of them to diagnose or rule out CIRS. Nowadays, most Lyme-literate medical doctors (LLMD) and many integrative physicians have at least a basic knowledge of biotoxin illness and likely have established a set of biomarkers they prefer to use to evaluate for CIRS.

Also, it’s important to determine whether information you might get from these labs will influence your decision making, says Dr. Rawls. “Labs can provide valuable information, but in my opinion, about 75% of labs ordered by physicians do not change outcomes or management.”

For example, if someone living in a dwelling with mold issues is chronically ill, then the likelihood that person is mold sensitive is quite high. “Though there is a higher incidence of mycotoxin sensitivity in HLA-DR positive individuals, it still occurs in individuals who are HLA-DR negative,” explains Dr. Rawls. “Either way, the solution is the same: Eliminate exposure to mold.”

This is true of all the tests listed above, says Dr. Rawls. The solution to a mold problem is completely avoiding mold. Testing is only indicated if you’re not getting better within weeks or months after complete elimination of the mold problem.

Finally, labs can be extremely expensive. “Your money is often better spent on therapies that have a high potential for benefit than labs that have marginal potential to change outcomes or management,” says Dr. Rawls. Before allowing tests to be done, he stresses always defining with your healthcare provider exactly how much a test will cost, whether it is covered by insurance, and how the information obtained by a test will influence management of your condition. “Remember, you should always have the final say so.”

Treatment for CIRS requires an individualized, multi-faceted approach aimed at removing biotoxins from the body, quieting inflammation, and assisting the body with cellular and tissue repair. Here are the best therapies to consider.

1. Remove or Remediate Biotoxins from Your Environment.

If you’ve been diagnosed with CIRS, a first key step is eliminating troublesome biotoxins in your environment to nip the trigger for your symptoms in the bud. In a home or workplace, the biotoxin you’ll most likely come into contact with is mycotoxins from mold.

If you know or suspect you’re contending with mold, the best course of action is to consult with a professional to safely remove or remediate it — tackling it on your own increases your exposure and often leads to a worsening of symptoms. In addition to selecting a professional you can trust, here are some things you can do on your own:

2. Use Binding Agents to Remove Biotoxins from Your Body.

For this, Dr. Shoemaker recommends the use of the medications cholestyramine (CSM) or Welchol (for sensitive individuals). Though CSM and Welchol are cholesterol-lowering medications, they have a unique structure that binds to biotoxins and removes them via the digestive tract.

Some healthcare providers may also recommend natural binders like bentonite clay, activated charcoal, and chlorella, depending on the type of biotoxin you’ve been exposed to. But it’s important to know that binders absorb more than biotoxins — they’ll also mop up supplements, medications, and herbal therapies. To avoid this, you’ll generally want to take your binders two hours before or after the other elements of your treatment protocol.

Typically, binders are taken until you have an improvement in test results like VCS, MSH, or a negative MARCoNS culture. Note that some people may experience constipation when taking activated charcoal or other toxin binders. If this happens to you, increasing your intake of magnesium, especially magnesium glycinate or citrate, can be useful to keep the digestive tract moving.

“All that said, with mold issues and mycotoxin sensitivity, the most important aspect of management is eliminating exposure to mold,” says Dr. Rawls. “In my clinical experience, symptoms generally start resolving within weeks of exposure elimination. Strong binding agents, such as cholestyramine, are only indicated in severe cases for those who are not getting well after exposure is eliminated.”

A nutritious diet is a mainstay of any smart recovery plan, but knowing what to eat can be a challenge. One simple rule of thumb: “The majority of your diet should be plant-based foods, especially vegetables,” says Dr. Rawls. “Vegetables contain nutrients and antioxidants to feed the beneficial flora of your gut and reduce inflammation, as well as crucial fiber to aid in toxin removal.”

To combat runaway inflammation, be sure to eliminate sugar, gluten, processed carbohydrates, or foods that you have a known allergy to. Instead, you’ll want to stock up on healthy fats and proteins — foods like eggs, wild-caught salmon, chicken, olive oil, avocados, and ghee. As a general rule, “If you pick up a food package and can’t pronounce the ingredients listed on the label, that product is better left on the shelf,” says Dr. Rawls.

Finally, if you’re taking certain binders, they may come with specific dietary requirements for maximum effectiveness. For instance, a low-amylose diet is recommended when taking CSM or Welchol; amylose is a digestion-resistant polysaccharide found in foods like legumes, starchy fruits and vegetables, and whole grains.

Various therapies can support the body’s efforts to eliminate biotoxins and reduce symptoms. There’s no one-size-fits-all approach to healing, but options that are often beneficial to patients include:

Healing from CIRS takes time because, like with Lyme disease, there are many layers to peel away. The good news is that as you sort through the different areas of dysfunction, you’ll begin to notice an increase in energy, clearer thinking, less pain, and a reduction in other debilitating symptoms. With time, most people reach a state of better health — and that’s worth waiting for! 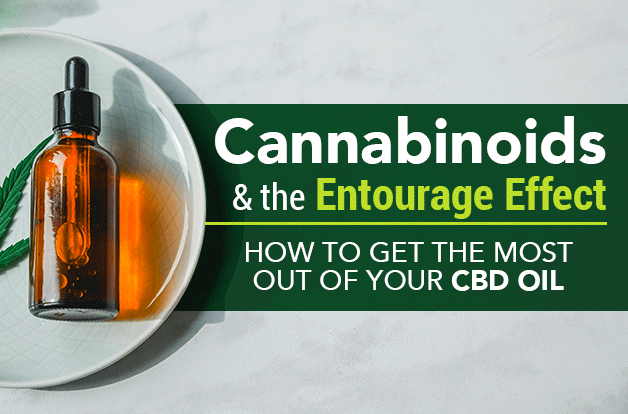 Cannabinoids + the Entourage Effect: How to Get the Most Out of Your CBD Oil by Dr. Bill Rawls Updated 10/1/19 By now you’ve likely heard about, seen, and/or tried CBD (cannabidiol), a type of plant compound that’s linked with all sorts of health benefits… Lyme and Neuropathy: How to Ease Nerve Pain, Tingling, and Weakness by Dr. Bill Rawls Posted 5/28/20 Lyme disease can affect several systems of the body — the brain, nervous system, joints, heart, and more — and so the list of…

You might also like...
Lyme Arthritis: How to Ease and Prevent Joint Pain and Swelling by Jenny Lelwica Buttaccio Posted 6/24/20 Painful joints and swollen knees have remained a common manifestation of Lyme disease since it was first diagnosed as a separate condition in the…

Cannabinoids + the Entourage Effect: How to Get the Most Out of Your CBD Oil by Dr. Bill Rawls Updated 10/1/19 By now you’ve likely heard about, seen, and/or tried CBD (cannabidiol), a type of plant compound that’s linked with all sorts of health benefits… Lyme and Neuropathy: How to Ease Nerve Pain, Tingling, and Weakness by Dr. Bill Rawls Posted 5/28/20 Lyme disease can affect several systems of the body — the brain, nervous system, joints, heart, and more — and so the list of…