As to the question of, are microbes associated with cancer, the answer is a definitive, yes!

But what about the question, are all cancers associated with microbes? Here I’m referring to microscopic organisms including bacteria, viruses, protozoa, and fungi.

Here’s what the science is showing us thus far, including takeaways from a new study implicating borrelia — the microbe associated with Lyme disease — in breast cancer development, and how to empower yourself to reduce your risk.

Scientists first began proposing links between microbes and cancer back in the 1800s. In 1886, a researcher named Dr. Doyle isolated spherical bodies thought to be bacteria from a malignant tumor.

This was followed by a scientific paper published in 1907 by Dudgeon & Dunkley, which confirmed that the spherical bodies were a species of staphylococcus (a common skin flora that we all carry). Then, in 1911, a physician named Peyton Rouse, M.D. was able to demonstrate that a certain chicken sarcoma (tumors that occur in bones and soft tissue) was transmissible to other chickens. The transmissible agent was later found to be a virus.

The earliest documentation of microbes associated with human cancer was in 1964 with the finding of Epstein-Barr virus (EBV) in a cancer of lymph nodes, called Burkitt’s lymphoma. Epstein-Barr virus is a common virus that most all of us get during childhood and that sometimes causes mononucleosis.

Since then, numerous cancers have been linked to microbes:

This is, of course, only a partial list. In all, 20% of cancers have been directly linked to various microbes. No doubt, the percentage will steadily grow.

My earliest professional association with the microbe-cancer link was some 30 years ago, when human papillomavirus (HPV) was associated with cervical cancer in women. It totally changed how we screen for cervical cancer.

Women often, however, develop a precancerous state associated with HPV called dysplasia, which in some people never progresses to cancer. It has me wondering if there might be other cofactors involved, such as other microbes.

Ones that would be high on my list include mycoplasmas and ureaplasmas, which are much more common in the genital tract than currently recognized. Studies have shown that these bacteria can facilitate the entry of viruses into cells — it gives evidence that microbes often work together.

The microbe-cancer connection hit close to home several years ago when my father developed lymphoma of the eye shortly after being diagnosed with a toxoplasma infection in that eye. Toxoplasma is a protozoa, a single-celled microbe one step more advanced than a bacteria. It’s commonly contracted from cats or eating undercooked meat.

If a person’s immune system is healthy, toxoplasma typically lives inside cells and stays dormant in tissues without causing any symptoms. Its favorite hideout is the brain. In immunocompromised individuals, it’s been linked to cognitive deficits, depression, and psychosis. Sure enough, I was able to find research that documented an association between toxoplasma and the specific type of lymphoma my father developed.

Ever since my dad’s experience, I’ve been closely following the connections. Before his untimely death due to complications of Lyme disease, Neil Spector, M.D., a friend and oncology researcher at Duke University, mentioned that he was consistently finding bartonella, a common bacteria defined as a Lyme disease coinfection, in a certain type of breast cancer.

In May of 2020, in a study published in the journal Science, researchers found a distinct “tumor microbiome” consisting of intracellular bacteria in each of 1,526 different tumor specimens. The specimens were taken from seven different cancer types including breast, lung, ovarian, pancreatic, melanoma, bone, and brain cancers.

Does this mean that borrelia is the cause of breast cancer? Not hardly. It simply means that microbes in general play a key role in the process of cancer formation. That role is actually not difficult to define.

Microbes like bacteria know only one purpose: Making more bacteria. As long as food is present, bacteria are compelled to keep dividing and growing with no boundaries — dividing continuously is the only way they can survive.

The reason microbes like bacteria must continually divide is to shed internal damage and refresh themselves. When a bacterial cell divides, it regenerates into two new cells — damage to internal parts and the cell’s genetic program is shed, and the new cells start afresh. As soon as those two cells mature, they must also divide.

Most bacteria divide every 2 to 12 hours. Some are especially fast movers: E. coli in the gut, for example, can divide every 20 minutes, which means after 7 hours, one bacterium can become 2.1 million, according to the Microbiology Society.

This pattern of unrestricted growth applies to viruses, protozoa, and yeast, as well as bacteria. As long as nutrients and no other restrictions are present, they will continue to grow unimpeded.

In contrast, our cells are team players. They work in close synchrony with other cells within organ and tissue systems to enable the body to function as a whole.

We have about 200 different cell types, each with a different job. Muscle cells contract muscles. Brain cells transmit signals. Thyroid cells secrete thyroid hormones. Cells in the digestive system make enzymes to digest food. Every cell in the body is working for the good of all the other cells in the body — it’s definitely a one-for-all and all-for-one kind of arrangement.

Though our cells can divide, they only divide to replace worn out or damaged cells. If the growth of cells became unrestricted like bacteria, the tissue or organ would quickly be destroyed. If that sounds a lot like cancer, you’re right on track.

Why Intracellular Microbes Are the Biggest Concern

Though most of the microbes that inhabit the body are confined to the gut or skin, microbes are constantly trying to get inside tissues of your body. The carbohydrates, fats, and proteins that make up your cells offer a treasure trove of nutrients that microbes can use to survive. Once inside your tissues, your cells offer an exceptionally good food source.

It was through my own experience with Lyme disease that I became acquainted with microbes that specialize in invading and living inside cells of a host. It’s a common strategy that microbes have been honing for billions of years.

By infecting and pirating organic molecules and resources from larger cells (the ultimate dine-in experience), these microbes can survive without having to work very hard. Living inside another cell offers the microbes food and protection from the immune system, other bacteria, and antibiotics.

The infected cell might be weakened, but might not die — at least initially. It’s an easy-living strategy used by many bacteria, some protozoa, yeast, and all viruses. Collectively, they are known as intracellular microbes or stealth microbes.

The stealth microbe-cancer connection was taken a step further by a study published in 2018 in the journal, Cancer Cell International. The study was significant because researchers were able to experimentally induce cancer formation in eukaryotic cells (cells like ours) with intracellular bacteria.

How to Use This Information to Reduce Your Cancer Risk

The good news is that all of these findings bring us one step closer to understanding cancer. And if you understand something, you can do something about it! Knowing that intracellular microbes are a significant part of the problem brings us closer to a cancer solution.

What can you do to keep your cells in top condition?

In the battle to keep your cells healthy, herbs are your best ally. The protective phytochemicals found in herbs suppress intracellular microbes, reduce cellular stress by protecting cells, and balance communication systems in the body so that all cells work together. Many herbs, if not most of them, have documented anti-cancer properties.

It’s a bit unnerving when you think about the fact that we all harbor microbes inside our cells that have the potential to affect our cells adversely. It’s important to note, however, that it’s stressed cells that are vulnerable.

Keeping your cells and your immune system healthy is a matter of maintaining good health habits. That includes eating a fresh and mostly whole foods diet, minimizing the toxins in your environment, keeping stress down, and staying active.

Beyond good health habits, herbs have extensive value for keeping your immune system healthy. Herbs suppress intracellular microbes, reduce cellular stress by protecting cells, and balance communication systems in the body so that all cells work together.

When all the cells in the body are functioning properly and working together in harmony, good health happens — and cancer risk is low! 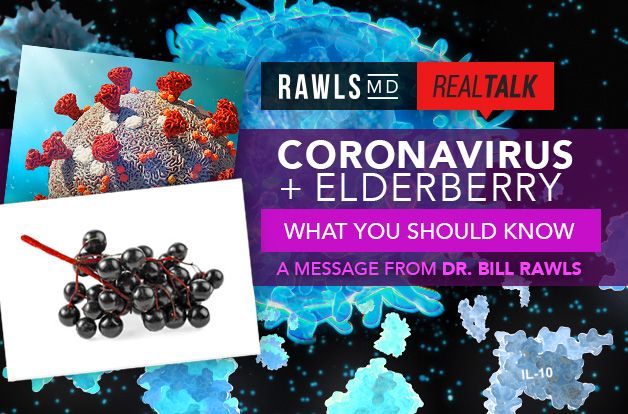 [Real Talk] Coronavirus + Elderberry: What You Should Know by Dr. Bill Rawls Posted 4/3/20 As coronavirus cases continue to climb, many people are turning to elderberry syrup for COVID-19 prevention or treatment. But some experts say it could… 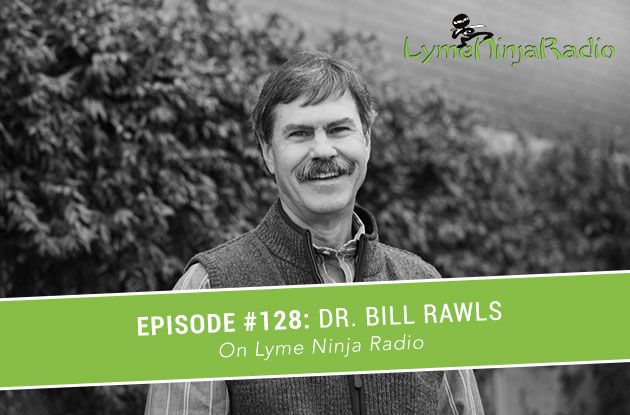 [Lyme Ninja Radio] How I Beat Lyme Disease and Got My Life Back A Candid Interview on Lyme Ninja Radio Whatever your symptoms or diagnosis, you owe it to yourself to listen to this fascinating interview. Dr. Rawls reveals his personal struggles with…

[Real Talk] Coronavirus + Elderberry: What You Should Know by Dr. Bill Rawls Posted 4/3/20 As coronavirus cases continue to climb, many people are turning to elderberry syrup for COVID-19 prevention or treatment. But some experts say it could…

[Lyme Ninja Radio] How I Beat Lyme Disease and Got My Life Back A Candid Interview on Lyme Ninja Radio Whatever your symptoms or diagnosis, you owe it to yourself to listen to this fascinating interview. Dr. Rawls reveals his personal struggles with…