Real and inspiring stories voices of the chronic illness community

Dirt, debris, smoke, yelling, and noisy construction work bombarded Amy B. Scher’s senses as she walked out of the airport in Delhi, India. The chaotic environment would later set the stage for her 2018 memoir, This is How I Save My Life, a chronicle of the writer and energy therapist’s overseas journey to seek stem cell treatment for late-stage Lyme disease.

Although Amy had experienced health issues throughout her life, it wasn’t until 2000 that her symptoms began to affect her quality of life. Migraines, nausea, and the woozy feeling of just stepping off a boat were frequent occurrences.

After years of treatments, Amy took a leap of faith in 2007 and traveled from California across the globe in search of healing. What she encountered, however, was much more than physical healing: She began to heal emotionally, too, and discovered an identity that was separate from her years as a “sick person.”

Recently, we talked with Amy about her physical and emotional road to recovery from chronic Lyme disease. Here’s what she learned along the way — and how those hard-fought lessons might help you, too.

RawlsMD (RMD): In your book, This is How I Save My Life, you chose to pursue stem cell therapy in India after other Lyme treatments had failed. What about it felt like the right move for you?

Amy B. Scher: By the time I had considered stem cell therapy, I had learned to use my brain less and feel into decisions more. I had also given up on finding the perfect treatment, as if one thing would come along and miraculously repair all my bodily dysfunctions.

Despite my typical type A personality, which in the past had led me to weigh all decisions with careful calculation, I made the decision to go to India fairly lightly. None of my logical decisions in the past were home runs, anyway. It came down to a simple question: Does it feel better to go, or better not to go? I kind of just felt in my bones that I needed to try it.

RMD: At what point during stem cell therapy did you begin to believe there was more to life than having Lyme disease, and that you could make space for new adventures?

Amy: I learned this pretty much right when I arrived in India for the experimental stem cell therapy, which I needed badly. My entire life had been about Lyme, and justifiably so. It consumed me for many years, and my symptoms in India worsened in many ways at first.

But I quickly realized there is no space for healing in the midst of being consumed with illness. You have to break open a tiny window inside of you to let enough of a bigger life back in. India forced that for process me.

I was, at that point, very much entrenched in my own anger and sadness about my suffering. I tried to impress upon my doctors there how unfair it all was; how much and how deeply I was suffering. My doctors there were uninterested in constantly hearing about my symptoms, struggles, and fears.

At first, it infuriated me. But very slowly, as I let my attention from it retreat, I felt more of myself come through, even in the midst of those intense symptoms. Without my constant attention to it, I suddenly started to feel separate from Lyme.

Eventually, Lyme and I were living in the same body but no longer intertwined. It was then that I had the capacity to bring more into my life.

RMD: You relapsed about a year after your time in India, and you decided to focus on working on your inner self, instead of just the physical. What prompted you to have this shift in perspective, and what results did you experience?

Amy: I wish I could say I had evolved to some great extent and was able to choose to turn inward. But truthfully, it was a process of elimination that led me to focus on my internal landscape.

I had an epiphany that if treating the physical symptoms to the extent I had been wasn’t working, then it was not my physical body that was the problem. And I was right. I had tried what felt like every treatment, supplement, and remedy by then. So, I decided I was really going to commit to the inner work.

It’s one thing to say “I’m working on myself,” and it’s another to truly live it. I had done it before as a gotta-check-this-off-my-list kind of thing. But because of my anger and frustration about the unfairness of having Lyme, I was blinded from seeing how much of my own healing was my responsibility.

What I eventually learned is that even if your family doesn’t support you, the insurance companies deny you, none of your friends understand, the media makes patients seem crazy, or whatever it is — that doesn’t mean you get to keep harping on it. I mean you can, but it won’t help you heal. That I guarantee.

I realized, despite going to therapy and doing all the right things, I still hadn’t truly changed in the ways I needed to: to give up being a victim, stop playing the martyr in relationships, deal with my emotions instead of suppressing them, and stop pointing to the reasons — all true, by the way— that I should be angry because of Lyme.

I hear the same thing from people now that I used to say about addressing the emotional component of illness: “Yeah, I’m going to therapy,” or “I do yoga,” or “I’m listening to healing tapes,” or whatever it is. But it’s not about doing those things so you can say you addressed the emotional side of things.

Eventually, I did the work – really did the work of changing my own life and my unhealthy emotional patterns in all of the hardest ways. I stopped the self-criticism. I left a bad relationship. I admitted how my emotions were actually affecting me.

Basically, I lived the truth of my life, whereas prior to that, I was more concerned with being perfect than being human. I was more worried about the finish line of being healed than the deep work of healing. After I faced all the things I’d been avoiding for so long, it was like my body made a U-turn toward healing.

RMD: For people who have been chronically ill for a long time, how important do you think it is to consider a mind-body-spirit approach to healing?

Amy: I think it’s essential. If what you’re doing isn’t working, you need to do something else. Again, it’s not just doing a few therapies and checking it off the list — it’s living it. And, there’s no judgment if it doesn’t interest you quite yet. I wasn’t ready until I was ready. But when I finally got sick of all the external searching, it was suddenly time.

RMD: What are some of your favorite ways to examine the emotional side of illness?

There should absolutely be no shame and blame associated with being sick. None. But there is great danger in being so defensive that you refuse to take responsibility at all. So, once you can see things for what they truly are, there are so many great resources out there.

Energy therapy is my favorite way to get “in” to pull the truest and healthiest version of yourself out. It helps us to change the way our bodies react to stress and trauma and transform some of the emotional patterns that keep us stuck in life.

RMD: Many Lyme patients feel that they have to adhere to stringent schedules and strict diets to recover, and if they don’t they feel like failures. You seem to have found some middle ground with this. How did you arrive at a place of being able to let go of what’s expected of the average chronically ill person?

Amy: I have this memory of once asking my LLMD (Lyme literate medical doctor) how we know which of the 40-plus supplements I was taking for Lyme were working, and he said, “We don’t.” He then told me that no single thing would ever make or break my healing. This was both the most ridiculously upsetting and freeing thing I could ever hear.

But then, I kind of realized that even though I had done everything perfectly, as I tended to like to do, it was wasn’t working. I found great relief in this proof that nothing mattered as much as I thought it did. I realized that the death grip I had on my life was actually hurting, not helping me. I started to let go a little.

And guess what? The world didn’t end. Some chocolate here or there didn’t, in fact, kill me. Skipping doses of a supplement didn’t make any difference at all. I decided that it took too much effort to be perfect, so I decided to be mediocre. And to my great surprise, I healed anyway!

RMD: What advice might you offer to people who continue to struggle and haven’t yet experienced a significant breakthrough in their healing?

Amy: Trust your path. Not every one decision or treatment is life or death. There is more healing to be found in your journey than just the cure. The more you can relax into it and trust the path, the less suffering you’ll encounter along the way. It’s hard, I know. But it’s worth it. 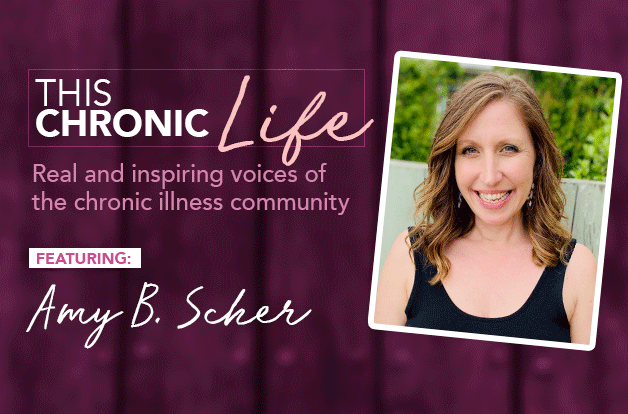 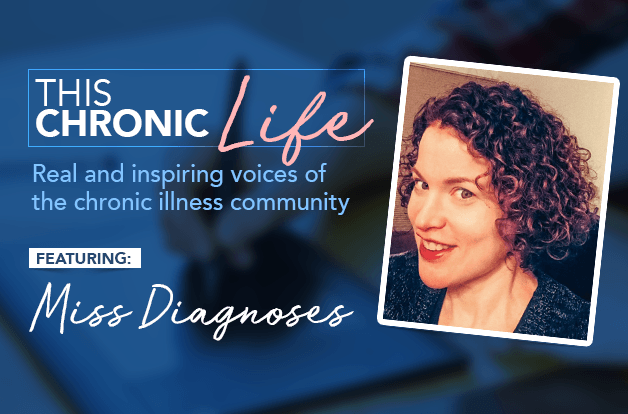 How to Deal with Lyme Skeptics and Get the Support You Need by Jenny Lelwica Buttacio Posted 6/27/19 We’ve all heard the saying before: Lyme disease is an invisible illness. Which means most people can’t tell how much we’re struggling by merely…