In September of 2010, business owner Brad Harmon found a tick burrowed in his scalp after spending time outdoors. He removed most of it, but remembers thinking, “I wanted my wife to check it out, because it was on my head and I couldn’t get the rest of the tick out.” But his wife was traveling, and by the time she returned the next day, Brad had completely forgotten about the tick.

About three months later, Brad fell ill. “I had flu-like symptoms, lots of pain, especially joint stiffness, mostly in my neck, upper back, shoulders, arms, and hands,” he says. The symptoms were so overwhelming that for the next three or four weeks, Brad was unable to work.

As he struggled to fight through, Brad thought back to the tick, and began to suspect that he was dealing with Lyme disease. “One of my closest friends, a chiropractor, suggested that I get checked out. I kind of blew him off at first. But then, once I started realizing that Lyme was probably the route I needed to pursue, I couldn’t find anyone that knew anything about it.”

About 10 months after his symptoms first began, Brad was able to find a Lyme-literate doctor and get tested. His suspicions were confirmed: He was diagnosed with Lyme disease, and began antibiotic treatment.

“Once I started realizing that Lyme was probably the route I needed to pursue, I couldn’t find anyone that knew anything about it.”

At first, the antibiotics helped. “Within 30 to 45 days, everything improved greatly,” Brad remembers. “I stayed on antibiotic treatment for about four months, and everything seemed to be good to go.” His symptoms were gone, so Brad went on with his life.

Then, about a year-and-a-half later, he experienced a relapse. “I was to the point where I couldn’t get out of bed,” Brad says. On the advice of his doctor, Brad started a new round of antibiotic treatment. It was the beginning of a several-years cycle of antibiotics, followed by replases.

“I appreciate what my doctor did to try to help,” says Brad. “Certainly, things improved. But I felt like I was going down the same path over and over and over.”

He began his own search for a long-term solution that would end the vicious cycle of relapses. “I stumbled on Dr. Bill Rawls’ website, and read about how he went through some of the same thought processes that I was going through, thinking, ‘There’s got to be something for this.’”

Brad decided to order Dr. Rawls’ herbal protocol. “I really started noticing subtle differences after about three or four weeks of following the plan, but there was a marked difference after about six or seven weeks,” he says.

Brad points to Dr. Rawls’ educational email series as truly transformative. “That’s probably the second email I look at every morning,” says Brad. “I followed the progress checkpoints to a tee, and the feedback that I got was so encouraging. It made me feel like I was being supported.”

Now, with his energy and mental acuity restored, Brad is able to work full time again. “My stamina is there. My attitude is better. I’ve got so much more focus. I didn’t even realize the level of brain fog that I had until I went through this process. My drive and endurance in general is amazingly different.”

By following the protocol’s lifestyle tips, cutting back on his meat consumption, and eating more healthfully in general, Brad has also lost and kept off about 20 extra pounds. Now he’s adding exercise to his daily routine. “In the last two or three months, I’ve been getting on the StairMaster for 20 or 30 minutes a day to try to build more muscle tone in my legs, then I work on core strength.” His goal is to be able to get back on the golf course by next spring.

For others who are in a similar boat, Brad offers this advice: “There’s no such thing as a quick fix – you have to stay patient with it,” he says. “Follow the plan, pay attention, and don’t dwell on the negative. Look for the small, positive steps you can take, and stay with it. Don’t give up.”

[#MeAgain] Finding Joy Again: How Hank Minor's Passions Fueled His Lyme Recovery By Hank Minor Posted 3/15/17 Hank Minor's Lyme Story | Sisters, Oregon When I was younger, I never considered the idea that my health would ever be compromised. I was… 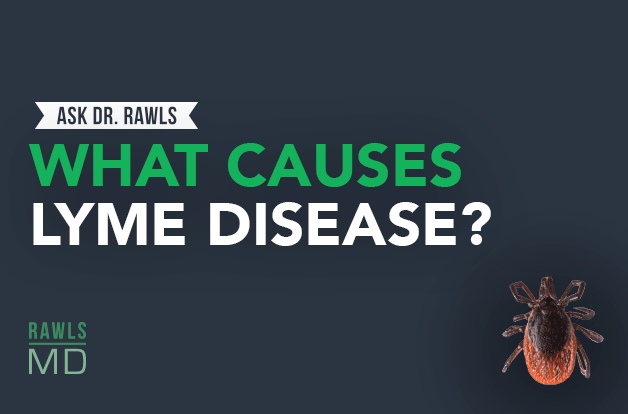 What Causes Lyme Disease? by Dr. Bill Rawls Posted 12/17/18 Lyme disease has long been blamed on one bacteria, Borrelia burgdorferi. Find out why it’s not that simple, and learn the other possible causes…