[#MeAgain] Breaking Through the Fog: How Julie Ryan Overcame Fibromyalgia

Home/Health-Articles/[#MeAgain] Breaking Through the Fog: How Julie Ryan Overcame Fibromyalgia

[#MeAgain] Breaking Through the Fog: How Julie Ryan Overcame Fibromyalgia

Looking back, it seems like I’ve always been ill to some degree. I guess it really started 25 years ago when I had mono in high school. I honestly don’t remember feeling that bad, but I remember the blood tests and missing a lot of school. Ever since then, when I allow myself to get overworked or stressed out, that same fatigue returns. Somewhere along the way I was told I have chronic mono. Then about 15 years ago I had a motorcycle accident and I remember after that I became much more sensitive to touch. However, it wasn’t until 2010 when it all really came to a head.

I’d gone back to school to try to finish my degree and, during my second semester back, I had a week where I just didn’t feel good; I pushed through anyway. Then things just seemed to get worse instead of better. I had stabbing pains in my right eye, as well as numbness and tingling in my arms and hands. This started the chain of doctor visits that eventually lead to a diagnosis of fibromyalgia.

I was fortunate that I had doctors who took me seriously and that I had friends who understood illness. I also did my homework and really searched for answers. Because of that combination, I made sure I was fully tested and I actually received a diagnosis in a very short time. Unfortunately, having a diagnosis isn’t enough; I spent the next year and a half feeling worse and worse. I couldn’t continue with school and I wasn’t able to work. My time was either spent on the couch or at the doctor’s office. I felt worthless and miserable. I wasn’t able to be there for others, nor to do for myself.

“I finally reached a breaking point”

I tried every pharmaceutical option and found that the side effects were often worse than any help they provided. After exhausting those options, I was not only feeling physically worse, I was depressed. I finally reached a breaking point where I knew I had to do something different.

People had occasionally suggested that diet change was the way to “cure” my illness, but I ignored them and wrote them off as quacks. However, after two years of illness, I was finally ready to try anything. So, I changed my diet. I gave up gluten, dairy, eggs, and cut out processed foods. I also started drinking green juice every day. This actually made a huge difference. In just a few weeks, I felt well enough to drive myself eight hours away to visit a friend.

As well as I felt, I knew I could still feel even better. I continued to look for options that would help, seeking out natural, herbal options for pain relief and inflammation reduction. After another year of recovery, I was able to return to school and finish my degree. I took it slow because I still had limitations from my illness, but it was a great feeling just to start reclaiming my life and to have hope again. I no longer felt worthless.

However, my chronic mono flared once again. That last semester was torture and a visit to the doctor confirmed that not only did I have Epstein Barr, but also Cytomegalovirus (CMV). By that time, I’d found a doctor who was on board with natural therapies. He suggested a few changes that helped me get through that last semester and graduate. Finally!

It was around that time that I read Dr. Rawls book, Suffered Long Enough, and discovered his protocol. I was already following his diet protocol and taking many of the herbs he suggested. As new stresses entered my life, I decided that it made sense to try the protocol rather than taking just a few of the herbs separately. I didn’t really notice a difference until I’d been on it for several months.

“Sometimes you don’t know what you have until it’s gone.”

A few months into taking the protocol, I had to stop all herbs prior to a surgery. That was when I realized just how much things had changed. Prior to taking the protocol if we went out on a Friday night I couldn’t go out on Saturday night. I’d usually spend all day recovering from a late night out. Somehow, I’d not even noticed that that had changed until I couldn’t do it anymore. Thanks to the protocol my energy levels had improved so much that we’d been going out on both Friday and Saturday nights and staying out late. Instead of spending all day Sunday just laying around recovering, I was enjoying the day or working!

I wish I’d made the right changes earlier!

I’m so thankful that Dr. Rawls came into my life. I wish I’d found him earlier and that I’d not balked at the price of the protocol. Even before the protocol, I spent so much on herbal supplements because I found that they helped more than any pharmaceuticals. But, taking the right combination of supplements and herbs works far better than just taking a few different ones. Quality also matters.

When we are newly diagnosed with illness, we so want to believe that the doctors around us are the experts and that they know best. Unfortunately, too often that’s not the case and that leads us to try pharmaceutical after pharmaceutical in hopes of a magic cure. There is no magic cure, but nature can often do far more for us than the pharmaceutical industry. I love that Dr. Rawls is not just a doctor, but that he’s also lived with these illnesses. He’s been his own test subject, continually working to find the best balance of herbs to support the immune system and balance the microbiome.

It’s hard at the beginning of an illness journey to really keep an open mind, but I think that’s the key. Sometimes the best changes are the hardest ones to make, but they are so worthwhile in the end. I’m so thankful to have been given my life back!

Julie Ryan is a patient advocate. She has written for Answers.com, HealthyWay.com and regularly shares on her blog CountingMySpoons. She lives with fibromyalgia, migraines, endometriosis, cluster headache, and thyroid disorder, but she chooses to live positively, despite her illnesses, and encourages you to do the same.

Julie received a complimentary trial of Dr. Rawls’ herbal protocol and agreed to share her personal experience and story. 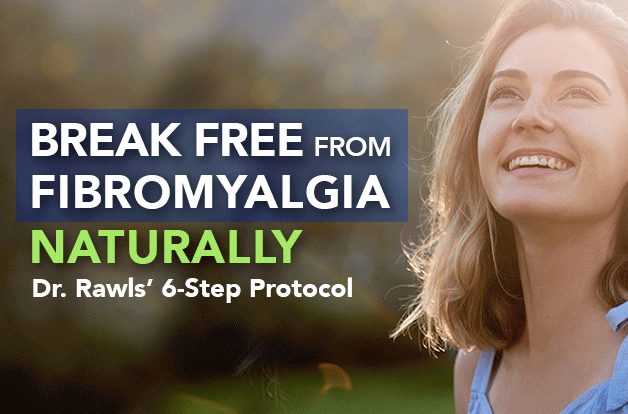 Break Free from Fibromyalgia Naturally: Dr. Bill Rawls' 6-Step Protocol by Dr. Bill Rawls Updated 9/15/21 It’s difficult to truly understand the all-consuming fatigue and pain of fibromyalgia, which is sometimes sharp and acute and other times dull and aching,… 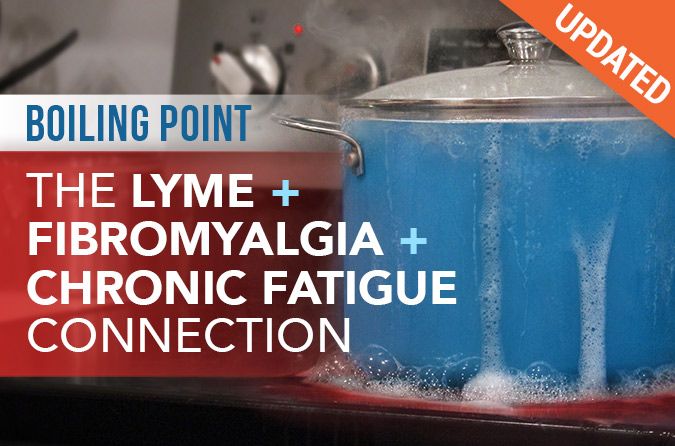 Boiling Point: The Lyme + Fibromyalgia + Chronic Fatigue Connection by Dr. Bill Rawls Updated 6/11/21 The misery of chronic illness is very real. But if you’re the one who’s suffering, you know that those around you typically can’t see…

Break Free from Fibromyalgia Naturally: Dr. Bill Rawls' 6-Step Protocol by Dr. Bill Rawls Updated 9/15/21 It’s difficult to truly understand the all-consuming fatigue and pain of fibromyalgia, which is sometimes sharp and acute and other times dull and aching,…

Boiling Point: The Lyme + Fibromyalgia + Chronic Fatigue Connection by Dr. Bill Rawls Updated 6/11/21 The misery of chronic illness is very real. But if you’re the one who’s suffering, you know that those around you typically can’t see…