In March of 2006, professional cyclist Ron Hinson took his mountain bike, along with his golden retriever, Zoe, for an active day trip through some trails in his hometown of Raleigh, North Carolina. It was only after returning home that Ron realized he had been riding on deer trails, not bike trails. The biggest clue: He’d picked up multiple deer ticks along his journey — 26 to be exact. Zoe was covered in the tiny insects, too.

Soon after, Ron visited a primary care physician as a precaution against Lyme. He didn’t undergo any testing, but the doctor started him on the antibiotic doxycycline, a common first line of defense for early Lyme.

“It was the first time in my life taking doxy, and I hated it,” Ron remembers. The antibiotics caused such terrible digestive issues, he stopped taking the drugs after only a few days. Soon, he forgot about the tick bites.

The next year, Ron was bitten by 12 more ticks while mountain biking. He visited his doctor, who started him on antibiotics, again as a precautionary measure. Within two days, the same digestive issues he’d experienced while taking the doxycycline returned. And once again, Ron stopped taking the antibiotics.

“It just ruined my gut, so I said, ‘No way. I’m not taking it,’” Ron remembers. As a long-time cyclist, he believed he was healthy and his immune system was strong enough to handle any issues he may have, without needing antibiotics.

But a year later, Ron found himself struggling with forgetfulness, muscle fatigue, and anger and other emotional issues. He pushed through until, in the middle of a cycling race, his symptoms became so overwhelming that he had to quit. It was the first time he’d quit a race in his 17 years of international and competitive cycling.

“I was feeling very agitated and irritated the whole time I was supposed to be having fun,” says Ron. “I knew something was wrong with me, I just didn’t know what.”

Looking for answers, Ron visited a medical clinic. “The physician’s assistant ran me through every test he could, including cancer screens, to try to figure out what I had,” he says. “Everything came back okay. And he said, ‘Ronnie, you have to think back. What could it be? What could I be missing?’ Well, I never told him about the tick bites — I didn’t know Lyme disease could be that hard.”

As he continued to search for answers, Ron’s symptoms worsened. “It was extreme. I lost 39 pounds, I couldn’t think right, there was a ringing in my ears, I had a fever and headaches, and I had to walk with a cane,” says Ron.

“I kept thinking, ‘Do I have cancer? What’s going on?’ But no one could diagnose me.”

Eventually, in 2009, Ron thought to mention the tick bites to his doctor, who happened to be from Rhode Island — a Lyme hotspot. “He goes, ‘You have got every symptom of Lyme. We’re going to do a Western blot test.’ It came back positive, with five or seven of the parameters.”

Ron’s doctor sent him to an infectious disease specialist in nearby Chapel Hill. “I went with my wife, and walked in using my cane. The specialist watched me walk in, and before even examining me, she said…

“The doctor said, ‘You look like you’re sick, but I just want to tell you that Lyme disease doesn’t exist. You don’t have Lyme disease. You either have AIDS, gonorrhea, or syphilis.’”

Ron was flabbergasted. “I told her, ‘You’re out of your mind. I do not have any of those.’ They tested me anyway. All of the tests came back negative.”

After that experience, Ron recalls feeling “really bugged out and kind of depressed.” His pain worsened to the point where he was confined to his bed for about two weeks, and his depression worsened. The wild swing from his former active lifestyle to a sedentary one full of painful and uncontrollable symptoms left him feeling devastated. He was no longer able to ride his bike for long periods of time, cycling uphill and through trails that were miles long. “I was very angry. I had emotional issues. I thought I was going to die,” Ron remembers.

When he felt well enough, Ron reached out to a local Lyme specialist he had learned about through a fellow Lyme sufferer. The specialist started him on what felt like an epic journey of cycling through various antibiotics. Ron went on and off antibiotics for nearly five years, experiencing multiple relapses all along the way. Eventually, fed up with the roller coaster, he made the decision to stop taking antibiotics altogether.

“I couldn’t imagine taking antibiotics for the rest of my life,” Ron explained. He began to search for an alternative treatment plan, and stumbled upon a local Lyme support group run by the North Carolina Lyme Disease Association. He started attending meetings, and it was at one of those meetings in 2015 that he heard Dr. Bill Rawls speak about his holistic approach to overcoming Lyme.

“I thought, what do I have to lose?” Ron started following Dr. Rawls’ suggestions right away. Not long after, he began noticing improvements in his symptoms. “It was probably only three to four months, and I started feeling like, wow, this is working. My wife noticed, too.”

As his symptoms improved, Ron was finally able to get back on his mountain bike, pedaling along with friends. “After about 6-9 months away from cycling, I was back at it within about eight months of starting Dr. Rawls’ plan.”

Today, Ron relies on a healthy diet, regular exercise, and the herbs to help manage his symptoms.

For others who are struggling, Ron offers some assurance: “There is hope. It, too, will pass. Be very regimented in what you need to do. I know you don’t want to go to the sauna every day, or go pedal on a stationary bike or walk the treadmill. But you have to do these things—you have to do what works to feel good again.” 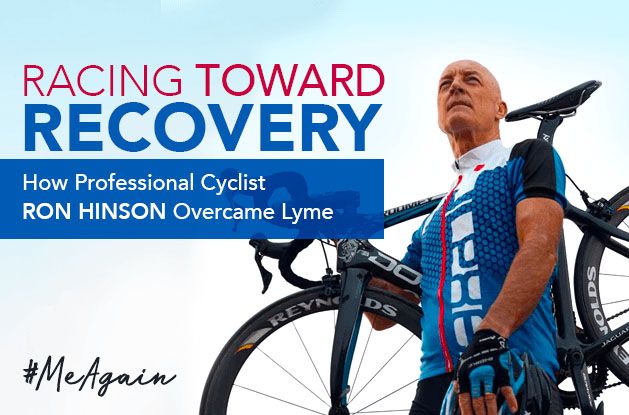 [#MeAgain] Finding Joy Again: How Hank Minor's Passions Fueled His Lyme Recovery By Hank Minor Posted 3/15/17 Hank Minor's Lyme Story | Sisters, Oregon When I was younger, I never considered the idea that my health would ever be compromised. I was… 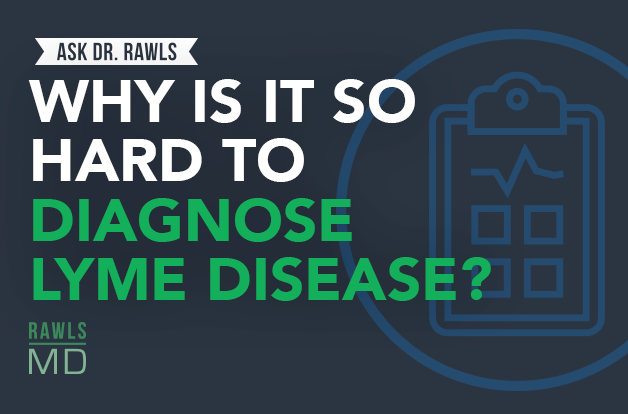 Why is it so Hard to Diagnose Lyme Disease? by Dr. Bill Rawls Posted 10/29/18 Discover why Lyme disease tests often deliver false negatives, plus learn the best time to get tested and when to trust your symptoms over…