What’s the secret to healing from just about any chronic health condition? Optimizing cellular health: “Everything that happens in your body is a result of cellular functions,” says Dr. Bill Rawls, Medical Director of RawlsMD and Vital Plan. “But when microbes like Lyme disease-causing borrelia enter the scene, these actions can get derailed, and a range of symptoms emerge — these symptoms essentially mean your cells are stressed.”

All of which is to say, supporting cellular health is crucial for recovering from chronic Lyme. And if you’ve read any of our other content, you know this is only achieved through a multi-pronged, natural approach involving such strategies as consuming a nutrient-dense diet, curbing stress, prioritizing sleep, getting more exercise, and taking herbal supplements that help suppress microbes, decrease inflammation, and support key cellular processes.

But not everyone’s recipe for healing is exactly the same, which can be chalked up to a variety of factors, from a person’s health history to their environment to their genetics. Case in point: A vital cellular process called methylation — which plays a role in detoxification, mood, energy, gene activation, and more — may be compromised in people who possess a fairly common gene mutation and those who aren’t prioritizing healthy diet and lifestyle practices. For some, this may also be a factor in Lyme disease recovery.

Below, we break down:

Methylation is a process that involves the transfer of methyl groups — a carbon attached to three hydrogens (CH3) — from one molecule to another in the body. Various proteins, enzymes, hormones, amino acids, and other compounds must be methylated to function properly and create new compounds the body needs to support everything from balanced mood to detoxification, immune health, cellular repair processes, and optimal sleep.

Although it’s hard to quantify precisely, methylation may occur about a billion times per second (or more!), which gives you an idea of its critical importance for life. Methylation also takes place in every single cell in the body. But to really convey the vast impact of methylation, let’s look at some specific ways it supports health:

Methylation is essential for proper detoxification, explains Dr. Rawls. “We’re exposed to so many different toxins from our environment, food, and water, and methylation helps convert many of these toxic substances from a fat-soluble form to a water-soluble form that the body can excrete,” he says.

Methylation helps produce glutathione, the body’s master antioxidant, which is used by every cell in the body and helps protect mitochondria from free radical damage during energy production. Glutathione also supports detoxification and immune function, and according to Dr. Rawls, it may also help manage or reduce Herxheimer reactions during Lyme disease treatment.

Methylation is required to produce certain neurotransmitters, including serotonin, dopamine, adrenaline, and noradrenaline. Low levels of these neurotransmitters may lead to depressive symptoms and poor attention and focus.

Methylation is required to convert serotonin to melatonin — a hormone well known for promoting sleep and normal circadian rhythms. It also supports immune health and protects against oxidative stress.

Methylation is necessary for keeping levels of the amino acid homocysteine in a safe range, which supports cardiovascular health. Elevated homocysteine can negatively impact blood vessels and has been associated with dementia and atherosclerosis (plaque buildup in the arteries).

DNA methylation, a specific subset of methylation in which methyl groups are attached to certain segments of DNA, tells the body what genes should be turned on and off. Essentially, it can help turn off bad genes that might otherwise lead to suboptimal cellular function or certain diseases, explains Dr. Rawls.

Given the ability of borrelia to invade all types of cells (heart cells, brain cells, joint cells, intestinal cells, and others), the methylation process may falter and impede the body’s detoxification and antioxidant capabilities. Though it may not be a magic bullet or cure any chronic ailment by itself, taking steps to promote healthy methylation is a critical strategy for providing your body with the vital tools it needs to support recovery, says Dr. Rawls.

The good news: You can support methylation with a healthy lifestyle, particularly with a diet rich in a variety of plant foods that supply key micronutrients for the biochemical process. But around half of the population possesses an MTHFR genetic mutation, which hinders the body’s ability to make the enzyme methylenetetrahydrofolate reductase, or MTHFR for short, and interferes with the ability to process and use folate (vitamin B9) efficiently.

To understand what may interfere with methylation, you first need a basic understanding of what’s required for it to run smoothly — and folate is a good place to start. Several micronutrients are methyl donors, meaning they supply the body with the methyl groups needed for methylation. Folate is particularly important because it controls the homocysteine-methionine cycle, which maintains healthy levels of the amino acid homocysteine, contributes to the production of glutathione, and creates a pool of S-adenosylmethionine (SAMe) — a molecule that donates methyl groups to countless methylation processes and reactions throughout the body. In a nutshell, methylation and overall health would suffer without adequate folate.

But for dietary folate (from foods like green veggies) and folic acid (the synthetic form found in fortified foods and some supplements) to be utilized by the body, they must first be converted into an active methylated form of folate called 5-methyltetrahydrofolate (5-MTHF). Normally, MTHFR facilitates this conversion, but in those who carry the gene mutation, the conversion to methylated folate becomes less efficient.

Because every person has two copies of the MTHFR gene — one from each parent — they may have a single or double gene mutation. “Around 40% of the population has a single mutation, and about 12% of the population has a double mutation,” says Dr. Rawls. These mutations don’t completely stop the MTHFR enzyme from converting dietary folate and folic acid to methylated folate, but they do reduce its capacity — which may cause or add to symptoms such as chronic fatigue, depression, anxiety, digestive issues, and more.

“I used to test for these genes on every patient who walked through the door over the course of about seven years, and I found that people with double mutations were a bit more likely to be dealing with a chronic illness,” says Dr. Rawls, suggesting methylation issues caused by MTHFR mutations may be one potential contributing factor in chronic Lyme disease — but, according to Dr. Rawls, it’s rarely the only factor.

Beyond genetic mutations, several other things may interfere with optimal methylation, such as:

How to Support Optimal Methylation

Healthy lifestyle habits, a diet rich in vegetables and other plant foods, and specific supplements can help compensate for decreased MTHFR enzyme function. So, even with a mutation, methylation should be able to continue undisturbed. “I’ve had plenty of patients with double mutations who had good health habits and were just fine,” says Dr. Rawls. Consider the following strategies to support optimal methylation:

Your best bet to support methylation is to eat more of an ancestral diet low in processed foods and added sugars and rich in whole plant foods, particularly leafy greens and other vegetables, according to Dr. Rawls. Not only does a nutrient-rich diet fortify your body to combat Lyme and coinfections, but it also contains an abundance of natural folate and other methyl donor nutrients that can help compensate for decreased MTHFR enzyme function.

For an added layer of cellular support, people with MTHFR mutations should consider taking a multivitamin or a B-complex supplement containing activated B vitamins, including activated folate (listed as 5-methyltetrahydrofolate or 5-MTHF). These bypass the MTHFR enzyme and can be used immediately by the body, a plus for those with Lyme who struggle with gut issues or need bioavailable nutrients to bolster energy reserves.

According to Dr. Rawls, 400-800 micrograms of activated folate daily is generally adequate for people with a single mutation, but those with a double mutation may want to double that dose. For additional methylation support, you can also consider taking SAMe, glutathione, and N-acetyl cysteine (NAC) — which are important for detoxification.

As mentioned above, poor sleep and excess stress can alter methylation. Sleep is vital for whole-body health to fight infections and support a healthy stress response. Therefore, take whatever steps you can to get at least eight hours per night, whether that’s limiting screen time or negative news before bed, avoiding afternoon caffeine intake, or sipping on tea with calming herbs such as lemon balm, passionflower, or chamomile.

And although exercise can be challenging when you have Lyme and don’t feel well, try your best to get whatever exercise or movement your body allows to curb stress and support methylation further. Even walking for a few minutes (particularly in nature) helps normalize stress hormones, and research suggests regular exercise may help prevent adverse DNA methylation changes.

What about Testing for MTHFR Mutations?

While genetic testing can tell you for sure if you have an MTHFR gene mutation, these tests can be pricey and are not always necessary. Checking for elevated homocysteine levels may also indirectly reveal MTHFR issues. “Testing is fine, but it doesn’t really change anything in terms of my advice — taking basic B vitamins, eating a really good diet, keeping stress down, and all that,” says Dr. Rawls. “So I tend to reserve testing for people doing all those things and, for whatever reason, aren’t getting better — just to make sure there’s not something hiding that we may be able to focus on a bit more.”

A variety of factors may contribute to chronic Lyme disease, including impaired methylation caused by MTHFR mutations and poor lifestyle habits. Taking steps to promote healthy methylation via simple dietary changes, supplements, and lifestyle shifts won’t necessarily alleviate all the symptoms of chronic Lyme, but it will support a wide range of bodily processes — from aiding detoxification to curbing oxidative stress — that may ease the burden on your cells so that they can function optimally, defend against pathogens, and promote healing. 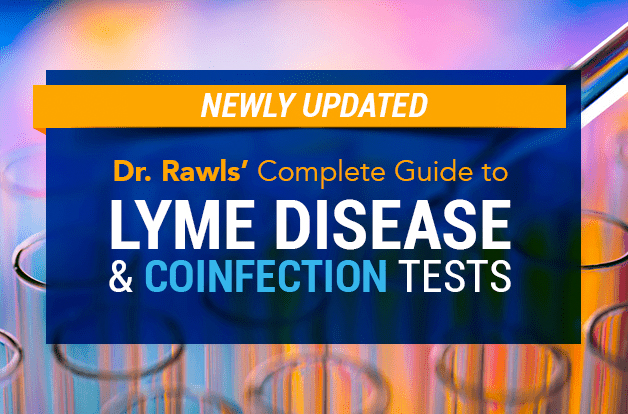 You might also like...
How to Get Unstuck with the Lyme Recovery Roadmap by Dr. Bill Rawls Updated 10/15/21 During your Lyme disease recovery, it’s not unusual to find yourself stuck from time to time, not knowing what to do to further heal…