A new case report in the journal Frontiers in Neurology may shed light on a possible link between Borrelia burgdorferi, the bacteria that causes Lyme disease, and dementia. The case report provides detailed documentation on the symptoms, diagnosis, treatment, and outcomes of a 69-year-old woman who’d been diagnosed with Lyme in her 50s and later developed dementia.

Although a Lyme and dementia connection probably sounds scary for most people, the information gleaned from this case report showcases what might have impacted one person’s health. However, the findings can’t be generalized to everyone, nor can they pinpoint a specific cause-and-effect relationship. Still, the information is worth reviewing and fueling more discussion around the topic of borrelia and microbes — which brings us to this installation of RealTalk.

In the Real Talk video below, Dr. Rawls shares his insights on the emerging research and explores additional factors that may contribute to dementia and other neurodegenerative diseases, including the gut-brain connection, a microbiome imbalance, and more.

In this particular case, it was a female patient that at age 69, died with a diagnosis of dementia. And what was significant in her history was that at age 54, she was bitten by a tick, developed an EM rash, and the typical symptoms associated with acute Lyme disease with headache, joint pains, fever, diagnosed with Lyme disease by ELISA and Western Blot, treated with 10 days of doxycycline, and her symptoms went away. Two years later, however, she started developing sleep issues. Then four years later, she started developing cognitive problems, brain fog, and other symptoms that we’ve come to associate with chronic Lyme disease.

At that point, she actually again had a positive Western Blot, and they treated her again with antibiotics. This time, IV ceftriaxone, for a full eight weeks followed by amoxicillin 500 milligrams, three times a day for six months. Now, some of her symptoms got better, but not everything. And they found that adding antibiotics really didn’t help anymore beyond that point. She finally developed what was defined as dementia, later progressed to Alzheimer’s, and then the diagnosis was changed to Lewy body dementia, which is a variant. Finally, she died at age 69. After she died, they did an autopsy, sent off brain specimens and spinal cord specimens, and found borrelia in the brain and in the spinal cord.

So, there’s some obvious takeaways here. All the antibiotics she got didn’t eradicate her symptoms or borrelia from her system. Also, now we have this tie between chronic Lyme disease with neurological symptoms and dementia, which isn’t the first case that’s been like this. There’s been other cases reported, and borrelia has definitely been found in many neurodegenerative illnesses. But there’s a bigger takeaway here that I want to pay attention to, that I think the antibiotics could actually have contributed to her issue:

We know that antibiotics disrupt the gut flora. They disrupt or suppress normal flora and allow pathogens to flourish in the gut. There’s also a direct connection between disrupted gut flora, what we call dysbiosis, disrupted gut microbiome, and dementia and neurodegenerative illnesses. So, part of this is indirect of the neurotransmitters and other chemicals that the gut microbiome is producing. But beyond that, there was a study in 2015 that showed that when dysbiosis occurs, gut pathogens cross into the bloodstream and actually hitch a ride in red blood cells and end up in the brain and other tissues in the body. That means there may be a direct connection between dysbiosis and actual microbes in the brain.

This was illustrated again by a study in 2017 from Great Britain that they were doing autopsy specimens on brains of people who had died of Alzheimer’s. Looking at the entire spectrum of microbes in the brain, they found hundreds of species in every single case, and there was a shift toward pro-inflammatory microbes, both from the skin and the gut, which suggested that something is going wrong with that gut and that brain connection.

And I’m concerned, in this particular case, that antibiotics may have actually propelled dementia possibly even more than Lyme disease or the presence of borrelia. And I think that’s something that we should pay attention to.

Something that also illustrates why we should be thinking about herbal therapy as a solution for chronic Lyme disease. We know that herbs do a lot of different things. We know that herbs have antimicrobial properties that directly kill borrelia. That’s been proven along with other microbes, and some of the herbs that we’ve found that are really important in Lyme disease: Japanese knotweed, cat’s claw, Chinese skullcap, garlic, reishi, cordyceps, they also have a protective effect on the brain. They actually protect the brain cells from the antioxidants and other stress factors. When cells are stressed, they’re more vulnerable to invasion by microbes. So if we can make ourselves less stressed, especially our brain cells, then they can repel those microbe invasions better, even when there are microbes present in tissues like the brain.

We know that other herbs like lion’s mane, turmeric, bacopa have a direct effect on enhancing brain cells and helping brain functions by protecting the cells. But beyond all that, the herbs don’t have the same effect on the microbiome of the gut that antibiotics do. Herbs don’t suppress normal flora. They suppress the pathogens. So as far as relieving dysbiosis and normalizing the gut microbes, I haven’t been able to find anything that works as well as herbs — not even probiotics.

The herbs are working on multiple different levels of suppressing the potential pathogens, borrelia and other potential pathogens in the body, protecting cells, balancing the gut microbiome. So, they’re hitting all the variables that may have contributed to this particular illness and many others. It’s something that we should really be paying attention to.

I think that’s all I have for you today. To me, this is a study that really helps our understanding, and the more that we understand things, the better we can solve these kinds of problems. 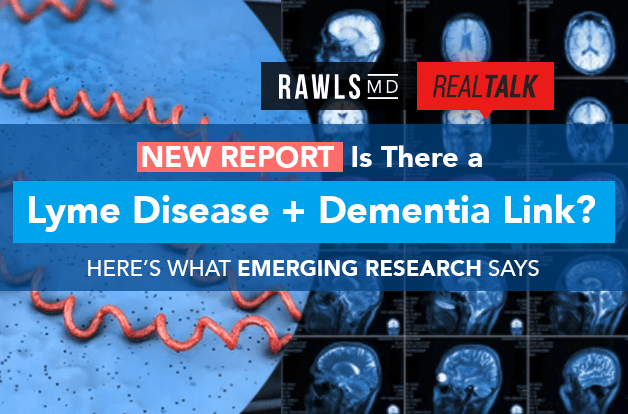 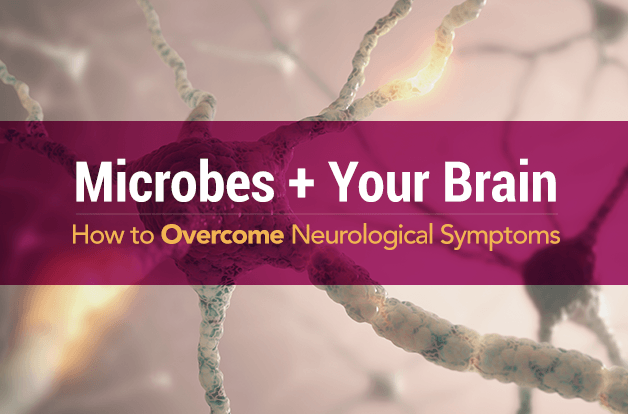 Microbes + Your Brain: How to Overcome Neurological Symptoms by Dr. Bill Rawls Updated 12/14/18 You’ve probably heard me talk extensively about the microbiome as it relates to gut health, but did you know microbes occur in the brain… 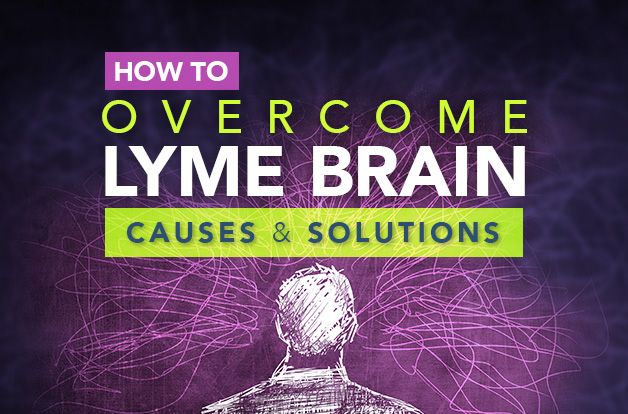 How to Overcome Lyme Brain: Causes and Solutions by Jenny Lelwica Buttaccio Posted 2/17/20 Forgetful. Zoned out. Unable to concentrate. These are just a few ways people describe the disconcerting constellation of neurological symptoms associated with chronic Lyme…